It is a long established fact that a reade.

““Tejasvi navadhitamastu” – ‘Let Learning lead from Darkness to Light, both the Teacher and the Taught’”

The college campus with 5.0869 hecters of land is situated 2.50 kms from Malappurm town on the Manjeri road.

The college is affiliated to University of Calicut and the college has been strictly following the rules and regulations of the university. As an affiliated College, the courses and curriculum have been solely determined by the University. At present nearly 1500 students are doing various UG and PG programmes. We have 16 departments and 80 staff. 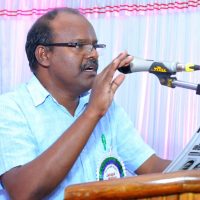 The formation of Malappuram district in 1969, which was the outcome of the profound realisations of the backwardness of the area, had given fillip to the educational aspiration of its people. Malappuram the birthplace of Thunjath Ramanujan Ezhuthachan, the father of modern Malayalam language, the land of Ayurveda, the domain of the great Moyinkutty Vaidiar, the veteran Mappillah balladist, the home of ‘Malappuram Makham’, the mecca of Malabar Muslims and the epicenter of the 1921 Rebellion, with its multi-cultural, multi-religious, multi-dimensional and pluralistic society had been an underdeveloped area due to various historical reasons. Hence higher education was only a dream to the society in general and the Muslim community in particular, who are the main chunk of the population. The education aspiration and the long cherished dream of the society finally got materialized with the establishment of a government college at the headquarters of the Malappuram district in 1972. This institution caters to the higher educational needs of the marginalized, especially the female section of the society, As the hub of higher education, the college of divergent courses with a difference not only to sustain this pluralism but to promote career prospects to students elsewhere

The college was started in 1972 as a second grade college with just two Pre-degree batches-[Group III [Humanities] and 1V[Commerce] and started functioning in a building of the Director of Public Instruction at Down Hill, Malappuram which continued till it was shifted to the present site in 1981. The realization of the college is due to Janab C. H. Mohammed Koya, the then minister for Education, Government of Kerala, whose dedication, involvement and enthusiasm primarily contributed for it.

The college is affiliated to University of Calicut and the college has been strictly following the rules and regulations of the university.As an affiliated College, the courses and curriculum has been solely determined by the University Presently 1148 students are doing various courses . We have 16 departments and 80 staffers

The college campus with 5.0869 hecters of land is situated 2.50 kms from Malappurm town on the Manjeri road. The college buildings include the main block with three storeys, science block with 2 storeys, the college auditorium along with the play ground. The whole campus is enclosed with a compound wall and a magnificent gate at the entrance adds elegance to the campus.

The college has a well equiped library which contains around 33000 books has a facility of book bank system, Library also provides 22 journals/periodicals and 9 dailies of various languages. The library work on all days except sundays and holidays.